Outside Singer and graduate of the University of Iowa Nonfiction Writing Program, Andy Douglas, has published a new book (April 2019) about the Oakdale Choir: REDEMPTION SONGS: A YEAR IN THE LIFE OF A COMMUNITY PRISON CHOIR. [press release]

The South African concept, “Ubuntu,” provides the primary framework for the Oakdale Community Choir. Ubuntu means “a person is a person through other people.” One inside singer expressed this idea in a writing reflection: “Being in prison is especially hard for a lot of people because there is so much negativism.  I’ve learned through our few practices and meeting people from the outside world that we are human, and that is a very strong self-esteem builder.”

The goals of the Oakdale Community Choir are to provide choral singing experiences for men (inside singers) in the general population of the Iowa Medical and Classification Center (Oakdale Prison) who are not restricted to their units and for women and men (outside singers) in the community who have an interest in learning more about issues in the prison system locally and across the state and nation.  Together we have formed a “Community of Caring” that we look to expand in new and creative ways. We have many collaborative aspects of the program such as reflective writing exchanges (see “Newsletters” for excerpts of the writing since we began in 2009), its mutual benefit for both inside and outside singers, the partnership between the University of Iowa and IMCC, our connections with the Iowa Department of Corrections Victim Services and Restorative Justice Programs, and associations with community organizations through our concerts.

At the culmination of the season, the choir performs two themed concerts in the prison gym. One concert is for people incarcerated at IMCC, a second concert is for approved guests. We audio record the second concert and distribute these CDs to approved family members or friends of the inside singers. If you are interested in attending an upcoming concert, contact Mary Cohen at mary-cohen@uiowa.edu and request your name to be on the guest list.

The Songwriters’ Workshop at IMCC grew naturally out of the choir’s writing component. Inside singers are quite prolific and we regularly perform original songs at our concerts. We have created over 90 original songs. One audience member shared these reflections: “I have been to prisons in the system hundreds of times as part of my work, and I have to say this is the first time in 35 years I have seen anything in the system that inspired me. I was particularly moved by the decision to sing songs composed by the ‘inside’ members of the choir.” 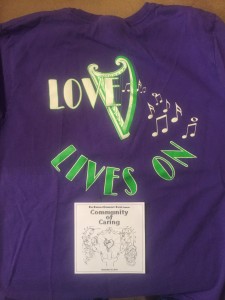 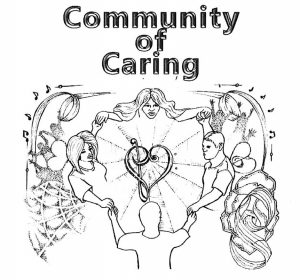 “Remember: Be Love” is the theme of the December 10 & 12, 2019 concerts. The Fall 2019 season’s overall theme has been Gratitude and Love. Watch the “performances” link for audio files from these performances.

On October 17, 2019 we welcomed 70 music education Ph.D. students and 30 faculty members from across the Big Ten for a special performance, sing-along, and discussion as part of the Big Ten Academic Alliance Music Education Conference hosted by the Music Education Department at the University of Iowa.  See this link for more information about the BTAA.

Our Spring 2019 concert themed “Building Bridges to Peace” was a success! We performed for 226 outside guests on Saturday, May 4, 2019. The audio files from this concert are available on the “performances” link.

The Spring 2018 concert was in the Oakdale Prison Gym on Saturday, April 28 at 1:30 PM in the afternoon. The Concert Theme was “Forgiveness, Kindness, Peace, and Gratitude.” We sang five original songs, shared one original poem, and performed two original arrangements including “The Road Less Traveled” from the 2017 BBC Radio 2 award winning folk album Songs of Separation from Scotland. Visit the PERFORMANCE link on this page to listen to audio recordings from the  concert. See “performance” link for audio recordings of the past three concerts, as well as “original works” link for 13 of our 131 original songs.

Information about our December 2017 concert:

Thanks for visiting our website! Our December 13, 2017 concert themed “May I See Beauty Too” was a wonderful success. We sang 20 songs including eight original songs plus one inside singer recited a poem “Hope and Light,” collected peanut butter for our local North Liberty and Coralville Food Pantries and cash or check donations to The Iowa Organization for Victim Assistance. We also had a sign-up to donate furniture to the InsideOut Reentry Organization.

THE INSIDE SINGERS is a film about the Oakdale Choir, a groundbreaking Inside/Outside choir program in a large medium security prison in Iowa. Kolen learned about it because his mom is one of the outside volunteers.

Check out the film’s first 3 minutes at this link.

Nearly every week since 2009, around 30 inmates (the Inside Singers) and 30 outside volunteers (the Outside Singers) compose original songs, share written reflections, and perform together at the Oakdale Prison for incarcerated audiences and outside guests. The film follows several of the inmates who are in the group.

Dan spent 5 months in 2015 filming, and is in the middle of editing the 80+ hours of footage. Production was bare bones and cost around $1200 out-of- pocket, but after post production, to be seen by a wider audience, it will be more expensive, and will need more outside work. It’s exciting to be at this stage in the process, and there are lots of ways people can get involved in addition to or instead of contributing to post-production efforts. Even watching the 3 minute link helps! Other ways: choose positively-charged, people-centered language: “Support returning citizens,” “People who are in prison,” “People who are healing from crime.” Additionally, consider organizing restorative justice programs in your local work places, schools, and communities.